Martindale was established in1855 by Nancy Martindale, who moved to Texas from Mississippi In 1851 and donated land for the townsite.

John Crayton, his son James Lasater Crayton and their slaves moved to the banks of the San Marcos River Ill what Is now downtown Martindale In 1839. On January 8, 1852, John Crayton sold the land to 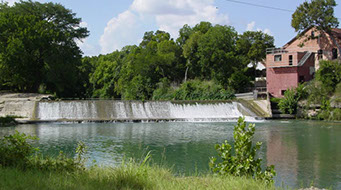 George Martindale that Nancy Martindale later donated for the town of Martindale. John Crayton moved to the Republic of Texas from Marion County Alabama but was born and married In Franklin County, Tennessee. He also donated the land for the Martindale City Cemetery. John Crayton lived in Martindale until his death In 1873.

A Baptist church was organized in 1858, and a post office was established 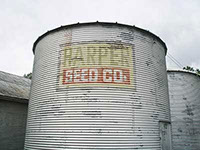 in 1875, when the local population was less than fifty. In 1890 the town had four general stores and four gristmills and gins. By 1892 the population was 200. In 1905, Martindale had two schools with four teachers and 184 white students and one school with one teacher for 73 black students. Four churches, a hotel, three cotton gins, three stores, a bank, and telephone service were In operation by 1914. Twenty Martindale businesses served residents In 1931. 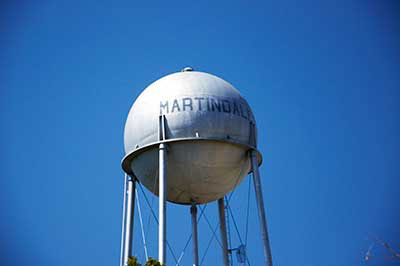 Today, Martindale is a thriving community experiencing a renaissance. New businesses are moving to town. The estimated population is over 1200 citizens in 2014, a 24% increase since 2000.

The City of Martindale is served by the San Marcos Consolidated Independent School District. Hope Christian Academy is a private school run in Martindale for students ages preschool to middle school and is a ministry of Martindale Baptist Church. The city hosts an egg hunt each Easter. Every Fourth of July, the town holds an Independence Parade leading to a town picnic at the oak-shaded river bottom. 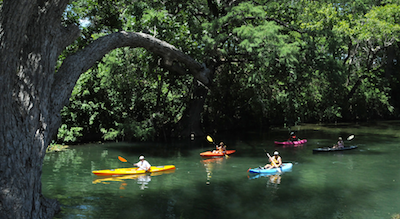 In recent years, Martindale has also attracted a surprising number of film scouts who are smitten by the town’s turn-of-the-century charm. As a result, various television shows, music videos and movies have been filmed in town. Each film crew has left its mark on the town over the years. From signage to a strand of wood beams sits on a vacant lot next to the bank—all that remains of a saloon that was constructed for one of the westerns.

In 2004, Carlton Carl, a Washington D.C. lobbyist, purchased 36,000 square feet (3,300 m2) of commercial property in downtown Martindale. A partial inventory of Carl’s purchase includes three empty general stores, a former bank, a cotton-seed weigh station, several warehouses, a movie-set courtroom, an aquarium filled with cotton plants, a seed elevator, 16 seed silos and 300 feet (91 m) of frontage on the San Marcos River. Carl has been working closely with the residents of Martindale to plan the next phase of the town's rejuvenation.